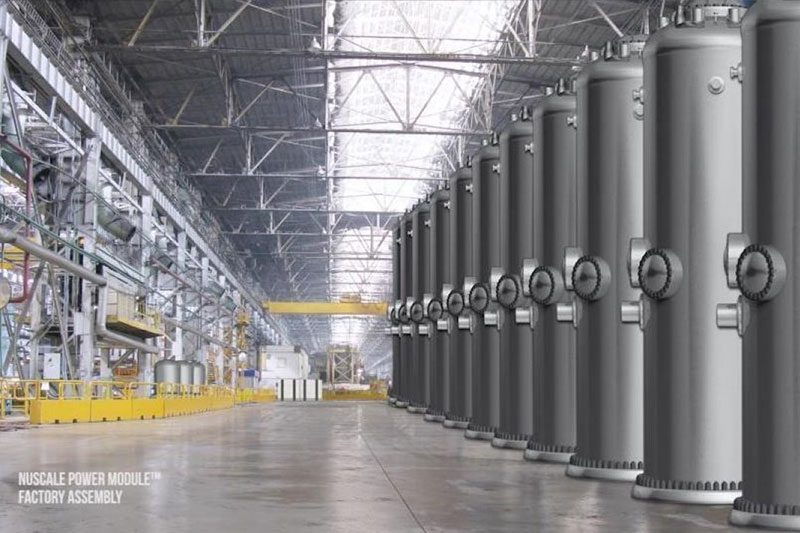 Nuclear energy continues to be an important part of America’s diverse energy portfolio, and the Energy Department is committed to supporting a domestic nuclear industry. While we are supporting the deployment of passively safe large nuclear reactors, both in the United States and around the world, we are also looking to the next generation of nuclear energy technologies. Today, the Department announced a new award that supports first-of-its-kind engineering, design certification and licensing for an innovative small modular reactor (SMR) design. Supporting this innovative technology will help advance low-carbon nuclear energy deployment in the United States. What is a Small Modular Reactor? Small modular reactors are approximately one-third the size of current nuclear power plants or about 300 megawatts — enough to power almost 230,000 homes each year. These reactors feature simplified, compact designs that are expected to be cost-effective and incredibly safe. For example, small modular reactors could be manufactured in factories and transported to sites where they would be ready for installation upon arrival, reducing both capital costs and construction times. SMR designs also have built-in passive safety systems that use the natural circulation of air, water and steam to maintain the right conditions for operation. At the commercial scale, SMRs could expand the options for nuclear power in the U.S. and around the world. The smaller size also makes these reactors ideal for small electric grids and for locations that cannot support large reactors, in addition to offering utilities the flexibility to scale production as demand changes. The investment made today builds upon the Department’s broader efforts to promote a sustainable nuclear industry in the U.S., including cultivating the next generation of scientists and engineers and solving common challenges across the industry. Check out more on these efforts at www.energy.gov/nuclear.