NASA Prepares for Another Moon Landing 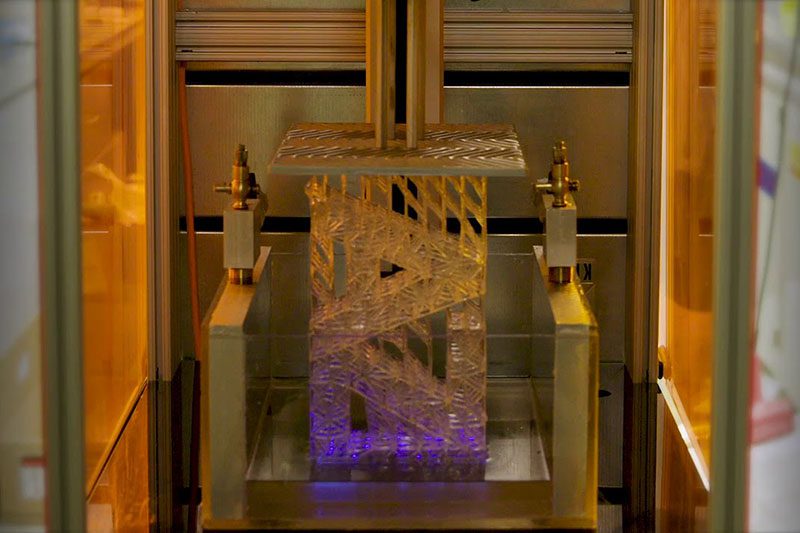 A new 3D printer called the HARP, created by researchers at Northwestern University, could led to a drastic change in manufacturing in the near future. The HARP or High-Area Rapid Printing can print large scale objects the size of humans, all without comprimising speed or resolution. Most large scale printers suffered from some kind of reduction in speed or resolution in order to achieve the considerable range of the machine, but HARP has promised to no such concessions.

The prototype has a printing rate of around one and half feet per hour with a height of 13 feet and a length and width of 2.5 feet. So you could print an entire 6 foot human replica in about 5 and a half hours.

With the ability to print hard, elastic, or even ceramic parts, the HARP has made variety of potential uses from airplalanes and cars to even the fashion industry. I know fashion and 3D printing sounds like an odd combination but they’re have been a lot of fashion shows dedicated solely to the art.

HARP uses a type of stereolithography, which is a way of 3D printing that involves shining ultraviolet light onto liquid resin turning it init hard plastic. Most stereolithographic 3D printers are currently restricted by heat, but the HARP uses a patent-pending nonstick liquid that constantly cools down the printer. This alone improves the speed by nearly a hundredfold, according to James Hedrick. In addition to that, the component don’t require any extra finishing, sanding or machining.

There has been a lot of discussion on 3D printers upsetting the current molds and warehouses seen in today’s industry, but in the current state of 3D printing, it doesn’t seem very practical. Nevertheless, the HARPs ability to print both large and small parts, while still maintain reasonable speeds could end up replacing on-hand inventory with fully 3D printed on-demand inventory.

According to the researchers, this isn’t just a fantasy. The HARP could be commercially available by early 2021 from a Azul 3D, a company which spun off from the university research into large scale printing.