52% of manufacturing companies outsource a portion of their workload 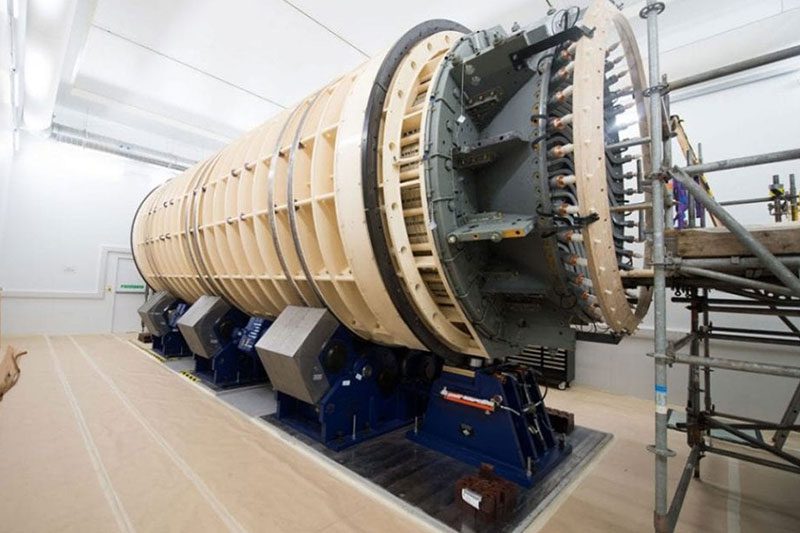 Enser, a long term partner to Siemens, was the one considered to have the critical energy engineering skills learned from decades of custom equipment support to Siemens. Enser’s previous experience with large transport skids and power rollers was key to the success of the project.

At the centre of Drax Power Station, in a corner of the cavernous turbine hall, is a white box. The inside of this box is spotlessly clean. Not only are its white walls free of dirt, they are free of even dust. But there is one outlier inside this sterile environment: a 300-tonne chunk of industrial equipment.

This equipment is a generator core – the central component for converting the mechanical energy to electrical power. 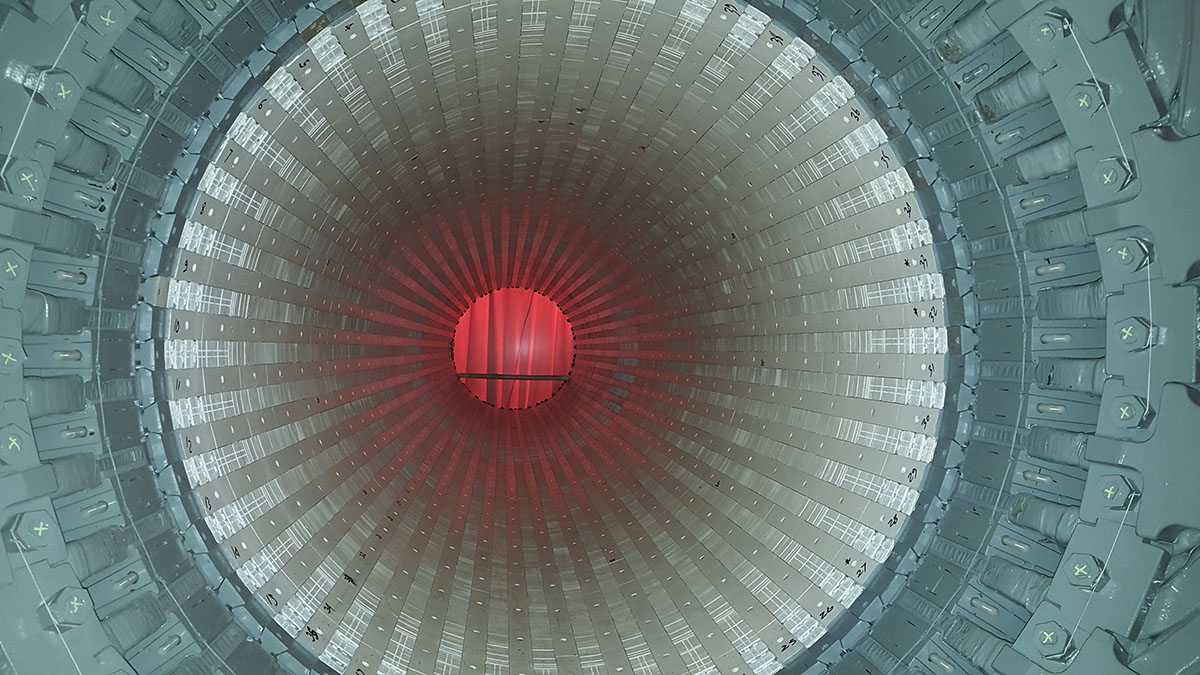 The core is driven by the steam turbine. Ninety tonnes of generator rotor spinning at 3,000 rpm with just millimetres of clearance from the core produce 660 megawatts (MW) of electricity. That’s enough – 645 MW when exported from Drax into the National Grid – to power a city the size of Sheffield.

The generator is a serious piece of industrial machinery. And despite the pristine conditions, this white box is the site of serious engineering.

A process normally done by large-scale manufacturers in dedicated factories, ‘rewinding’ a generator core – as the process is called – is a major operation.

No other UK facility is capable of doing this complex energy engineering job. So it’s here, in a white box, in the middle of an operational power station in North Yorkshire, that a team of engineers is undertaking work that will secure the generator’s use for decades. This is the Drax rewinding facility. 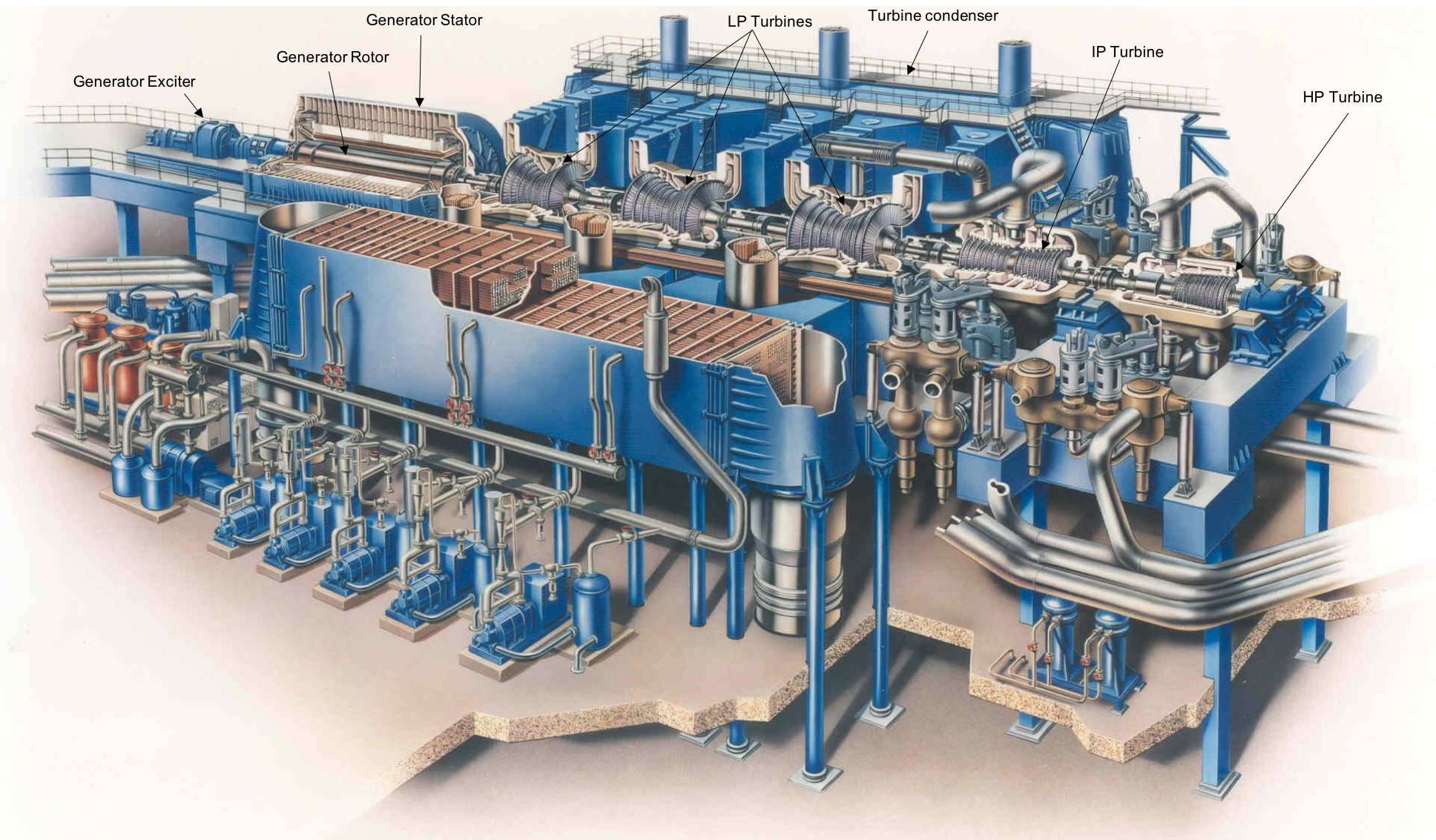 How a generator works

A generator consists of two main components, a spinning rotor and a stationary stator. The rotor, which is directly connected to the main turbine and spins 50 times every second, sits inside the stator. Both the stator and the rotor contain a large number of copper coils known as windings. These windings are what carry the electrical current. Energy Engineering is quite complex!

The rotor acts like a very strong electromagnet, which, when a voltage is applied, produces a strong magnetic field. Because the rotor sits inside the stator, this magnetic field intersects the copper windings of the stator and induces a voltage in these windings, allowing current to flow.  This voltage is then brought out of the stator and passed through a step-up transformer, where it is increased to a level suitable for transmission through the National Grid.

The stator core is made from many elements with hundreds of thousands of laminations, 84 water-cooled insulated copper bars, each 11 metres long and weighing 200kg forming the windings, various insulating materials, blocks, packing, wedges and condition monitoring equipment.

Generator stators can operate for decades without fault. 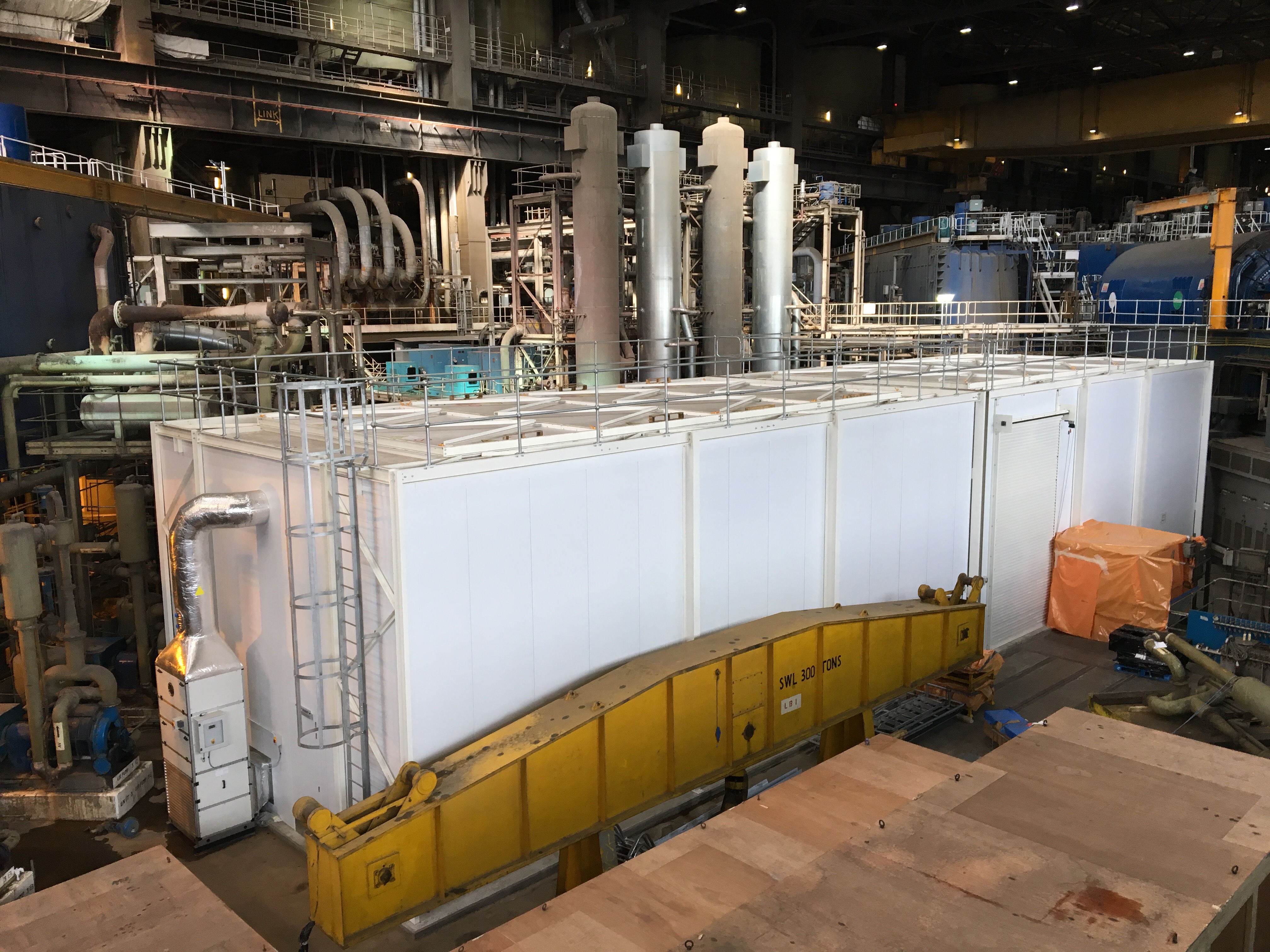 In 2016, a team of engineers at Drax embarked on a project to construct a facility to rewind the stator on energy engineering site. This required cross-company collaborative working to design and construct this huge purpose built facility.

Contamination can cause operational problems, so the team built a sterile, white room within the turbine hall – one of just two places within the power station with foundations strong enough to support the incredible 450 tonnes required for the rewind facility. Designed to hold the stator core and the conductor bars, air is forced out of the room to limit the possibility of contamination to the core during the rewind.

“When the unit is in service it becomes magnetic, so any metallic particles left in the space will be attracted to the core,” explains Drax electrical engineer Thomas Walker. “Once magnetized, any metal particles could be drawn in, burrowing into the insulation and core lamination.”

This is the kind of event that an electricity generator wants to avoid – but when it happens, be prepared to fix it. When Drax’s stators were manufactured in the 1980s, completing their construction relied on manual handling techniques. Modern day facilities, however, rotate the core to minimize human contact.

It took just six months for a partnership involving Drax, Siemens and ENSER to manufacture what could be the largest stator rollers in the world of energy engineering and within that time, ship them from the US to North Yorkshire.

With the rollers installed, the next step was to move in the core. Two of the turbine hall’s cranes, each capable of lifting 150 tonnes, were combined to lift it, hoisting the core onto the mechanical ‘roller’ within the rewind facility.

Once in place, the roller rotates the core, allowing for the copper conductor bars to be safely removed and inserted. Despite this mechanical help, the removing and replacing of each one is still at its heart a human job.

“We still need 10 men to physically move the conductor bars with lifting aids, which makes it not an easy process,” says Walker. Using this method, the bars weighing 200kg each can be safely and precisely fitted into the core. 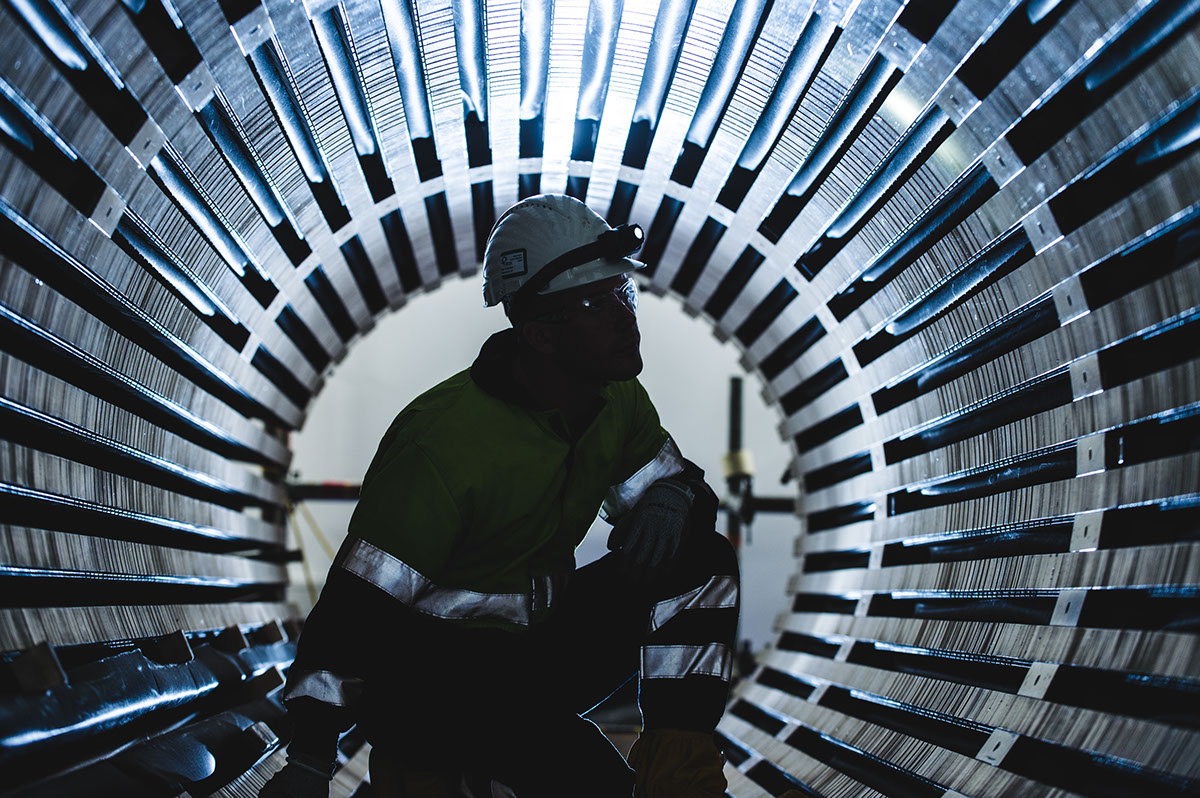 Rewinding a stator is a complex process. However, when the time, logistics and costs of shipping the core to Siemens – the German-based manufacturers – was factored in, the decision to do the work at Drax Power Station was an easy one.

“A 300-tonne core is not easy to transport and the Highways Agency do not like things like that on the roads. They’d want us to use waterways” says Drax lead engineer Mark Rowbottom. “Logistically it just wasn’t worth it. It’s too much money to move and ship that weight to Germany. So, we looked at what we could do onsite.”

More than just an economical and logistical decision and with the UK’s diminishing manufacturing facilities, Drax is now equipped to support generator rewinds for many years to come. Building and operating the rewind facility was a project that leveraged the energy engineering abilities of Drax employees. They are increasingly doing engineering traditionally outsourced to equipment manufacturers.

“The experience we have gained and the close working relationship we have established with Siemens enables us to support the generator for the remaining life of the station,” says Rowbottom.

“To see the core in that many pieces and stripped down to this level is very rare,” says Walker, who began working at the plant as an apprentice. Of the 84 conductor bars, half have been fitted, and the team is scheduled to complete the stator rewind in early 2018. “I never thought I’d do anything like this but am proud to say that I’ve done it.”