Why 2016 Could Be A Turning Point In The Energy Revolution

Watch This Hoverboard Fly Over Water 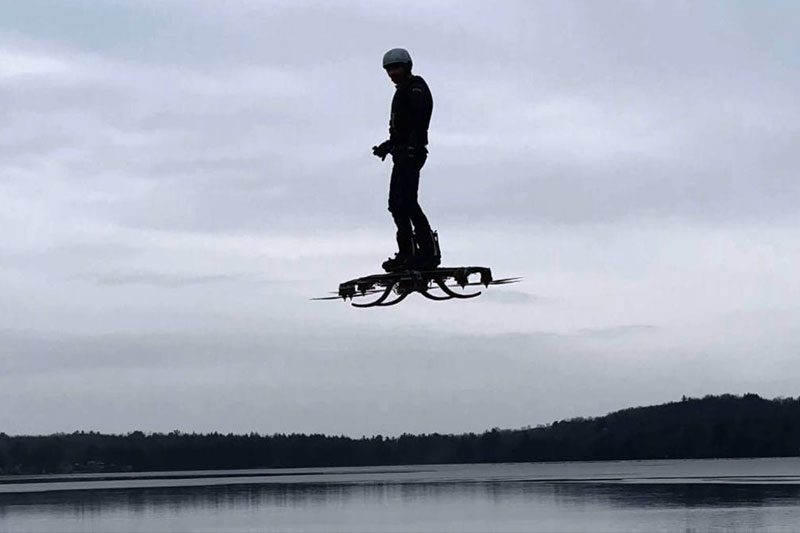 A hoverboard over water? It is yet another attempt to make the hoverboard dream a reality. Omni has flown farther than any other board, setting the record at 905ft and 2 inches. Watch as he takes the device to a lake where he puts the new prototype to the test for the first time. A reporter from CBC had the chance to see the initial launch first hand.

Duru, a software engineer, has devoted half of the decade to perfecting his hoverboard design that he calls Omni. His first attempt was literally a piece of wood strapped to an engine and propeller. The current version—refined by his new company, Omni Hoverboards, is made from carbon fiber but still has that DIY vibe: It achieves lift with eight large propellers, powered by 16 lithium-polymer batteries.

However, that was over 3 years ago now. What is Omni Hoverboards up to now? Now, the 31-year-old Duru and his company, Omni Hoverboards, are working on a secret, next-generation version. Just a hoverboard over water, or will it do much more? We will soon find out!

It is thanks to tier 2 companies like Enser that these fabulous inventors can innovate beyond our wildest imaginations. Enser enables companies on the fronts of design, fabrication and staffing. We also have helped inventions such as the cable vault come to fruition. Take a look at some of our products here!