7 Innovations that Emerged From the Apollo Program - Industry 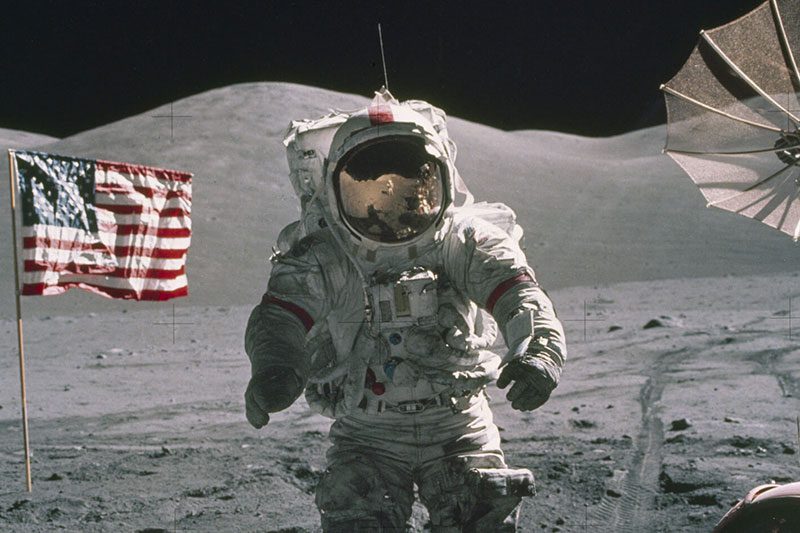 The Apollo program and the moon landing is one of man’s greatest feats in history. It took a lot man power and innovation to reach it, but what people often forget is just how our expedition to the stars impacted us on the surface. Many consumer or medical products got their start from scientist or engineers in the Apollo Program. Here is a list of some of the products we owe to the Apollo Program

Most running shoes today feature some sort of air compression system to enhance comfort and efficiency. This air compression technology first appeared on the market in the 1980s when a shoe company called Avia partnered with Al Gross, an aerospace engineer that work on the design of the spacesuits for the Apollo Program. Due to bellows in the joints, the spacesuits were able expand and compress when the wearer moves, allowing the designer to manipulate the amount of flexibility in the suit. Gross helped modify this idea for Avia’s shoes. They added a pressurized shell to the sole of the shoe which they called a “compression chamber”.  Borrowing the bellows from the spacesuits, the shoe’s compression chamber has rows of horizontal bellows to supply cushioning and columns of vertical bellows to provide stability. Similar cushioning technology is found in most shoe brands today.

The first cordless power tool was revealed in 1961 by Black & Decker, however it wasn’t until the Apollo program where cordless power tools really started to the shape. NASA had begun to work with Black & Decker to design and develop lightweight, cordless power tools for use in space. Some of the innovations that emerged from this partnership included a rotary hammer drill, a zero impact wrench, most of today’s electric drills and screwdrivers, battery powered precision medical instruments and a handheld vacuum cleaner called the Dustbuster

One particular Apollo project would eventually lead to a huge innovation in dialysis treatment. That project was to find a way to purify water for space missions. A chemical process was soon discovered by Marquardt Corporation to solve this problem, and they quickly realized it could be appealed to dialysis fluid to increase efficiency. The company went on to create a dialysis machine that uses sorbent dialysis. In sorbent dialysis, instead of disposing of the dialysis solutions after removing urea from human blood, the solution is purified and put back into the machine. Sorbent Dialysis helps limit waste, improve energy efficiency and provide more freedom of movement to dialysis patients.

In 1967, three people died due to a fire on the lunched of Apollo 1. After that NASA set out to create fire-resistant materials for their spacesuits and vehicles. The Monsanto Company delivered a suit that was coated with Durette, a chemically treated fabric. These fire resistant materials and the breathing apparatus designed for the spacesuits were the basis for the safety material used by soldiers and firefighters.

One problem the Apollo program had, was trying to find a lightweight material for the landing modules that could also shelter astronauts and equipment from heat and infrared radiation. They eventually settled on a plastic, vacuum-metalized foil laid over a core of propylene or mylar. This insulating material was not only perfect for use in space but also had a variety of different applications back on earth like food packaging, safety blankets, photographic reflectors and insulation for modern homes.

In 1966, NASA contracted Charles A. Yost, an aeronautical engineer at Systems Dynamics Group to come up with a method to increase the likelihood of pilots and passengers surviving crashes. He ended up creating a polymeric foam material to line the seating of the spacecraft. This open-celled material was capable of absorbing high energy shocks and vibrations while not sacrificing malleability and softness. Many people know this foam as memory foam and is available commercially in many high end pillows.