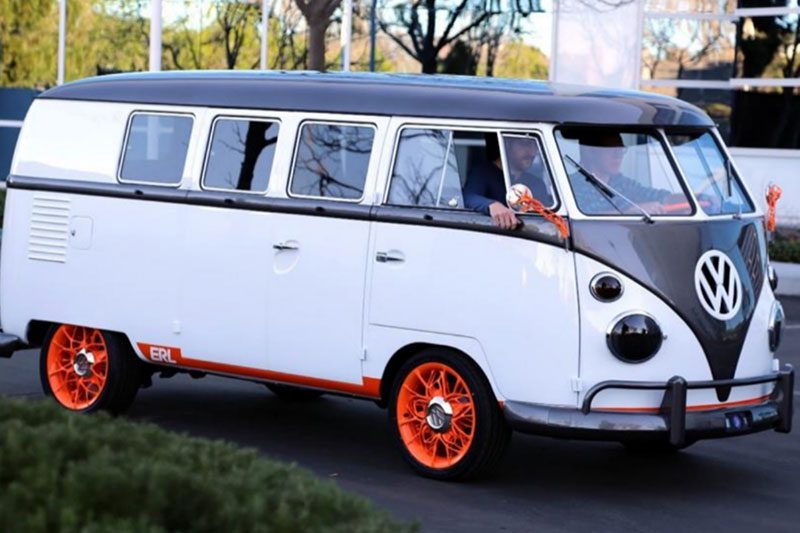 The Electronics Research Laboratory or ERL was founded by Volkswagen in Belmont, California to function as the company’s center for research and innovation.  When it first started in 1988, it had only three employees, but over the years it has expanded to over 180 different employees from engineers to product designers and recently it has invested in generative design software.

Earlier this Month, Volkswagen renamed the ERL to the IECC and gave it a new purpose. The also revealed a brief look at some potential technologies that you could expect from them. The IECC or the Innovation and Engineering Center California is going to be one of the largest Volkswagen research facilities outside of Germany.

There are two divisions within the IECC. There is the ICC for innovation which focuses on research and pre-development and the ECC for engineering which focuses on self-driving and connected car technologies.

To give an idea of what’s on the horizon for the IECC, Volkswagen revealed their Type 20 Concept Vehicle which combines elements from their past with cutting edge technologies. The design for the Type 20 is based on their famous 1962 Microbus. From this base they added an assortment of technologies that are still in development, like holographic infotainment, battery-electric vehicle drivetrain, biometric driver identification and a special custom suspension, created in partnership with Porsche, that can automatically correct drive height. They also used generative design, an AI design program that limits the weight of the car, while also magnifying the strength of car components.

Volkswagen was able to make some exotic, fascinating and powerful components with Autodesk’s generative design software called Fusion 360. Using this technology, they were able to re-conceptualize  their seat brackets, mirror mounts, and steering wheel.  In addition to Volkswagen, engineers at NASA and General Motors currently utilize this bleeding edge technology too.

Generative design is a process that starts with an engineer inputting a set of parameters like goals, specifications, materials, manufacturing process and cost. The AI then creates numerous designs concurrently based on physical real world constraints and requirements. Through generative design, Volkswagen is able to generate structures that their human engineers and designers couldn’t envision or formulate