Explanation of the Brayton Cycle inside a Jet Engine 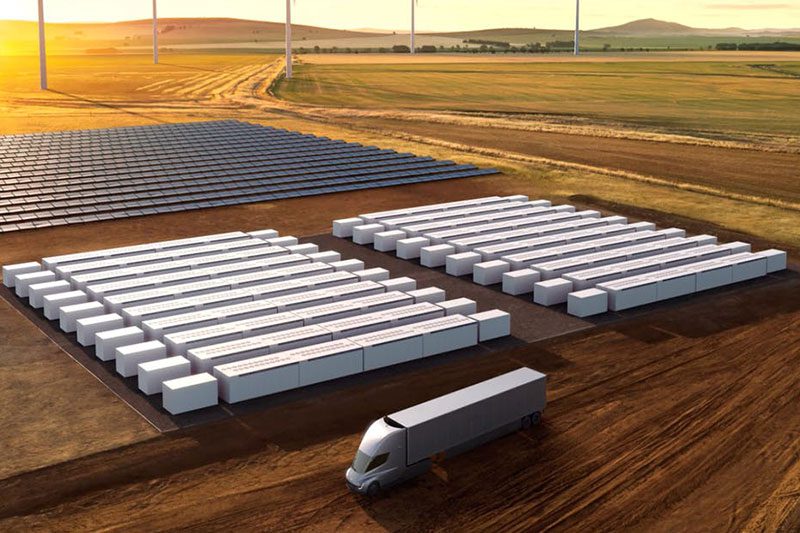 A year ago, a lithium-ion battery facility in Hornsdale, South Australia was able to stabilize the region’s precarious power grid  and saved around $40 million during the process. The facility was able to accomplish this outlandish feat with the help of Tesla’s Powerpack batteries. Thanks to battery storage, global electricity grids are able to better accommodate the fleeting nature of renewable energy sources like solar and wind. But for these renewable resources to work on a large utility scale, they require an enormous amount of battery storage. After the overwhelming success of Hornsdale, which was the world’s largest Lithium-ion battery at the time, Tesla has already begun work on a new battery specifically designed for utility scale projects called Megapack.

Arriving at the site fully assembled, the Megapack aims to provide an easy installation process and greatly reduce the complexity of large-scale battery storage, while still providing up to 3 megawatt hours of storage and 1.5 MW of inverter capacity. According to Tesla, “Using Megapack, Tesla can deploy an emissions-free 250 MW, 1 Gigawatt hour (GWh) power plant in less than three months on a three-acre footprint—four times faster than a traditional fossil fuel power plant of that size.”  The Megapack can also reduce the loss incurred from converting to AC current by connecting directly to the solar energy’s DC output.

In order to monitor and control the Megapack systems, Tesla designed a software called Powerhub, which each system connects to. The system, according to Tesla, is “…an advanced monitoring and control platform for large-scale utility projects and microgrids. Powerhub can also integrate with Autobidder, Tesla’s machine-learning platform for automated energy trading.”  More than 100 GWh of energy has already been dispatched in global electricity markets by Tesla’s customers using Autobidder. Through a combination of server-based and over-the-air software updates, Tesla plans to continue improving the Megapack, much like Tesla’s famous electric vehicles.

A Megapack is currently planned to be installed in the upcoming Moss landing Project with the Pacific Gas and Electric Company. The Megapack will be able to store excess energy from renewable resources like solar or wind and then disperse that stored energy when the local utility grid can’t provide enough power. This will offer an alternative option to the natural gas “peaker” that is currently used to support the grid’s peak loads.

According to Tesla, “We took everything we know about battery technology to enable the world’s largest energy projects. A 1 Gigawatt hour (GWh) project provides record energy capacity—enough to power every home in San Francisco for 6 hours.